I am a firm supporter of exploring your new area when you are on vacation or in a new place. I am not happy staying inside or stuck to just the pool. I want to know what is around and what can I walk to if I want to.

The other day Hannah and I went on an adventure to see if we could walk to the grocery store that I knew was nearby.

I looked it up on google maps, but I didn't like the walking directions they gave, it was a lot of main highways I didn't really want to walk on and since we had walked in a nice area the day before I figured I could get to the store that way and maybe even cut across getting there faster... 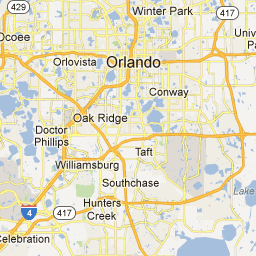 (note: this is a picture from google maps, but not the route I was given.
I could not figure out how to save that and use as a picture)

It started out great (the way we had already walked) - nice paths, lots of shade, pretty flowers, it was great! Then I decided to try and cut through a parking lot, I thought it opened up and would go onto the street thus saving us some time.

Yeah... it did not open up on the other side, instead I had to jump a fence (meaning throwing the stroller over, lifting Hannah over and then hopping it myself).

Not a big deal and it kept going well so we were still in good spirits.

Again I decided to cut through a parking lot (you would think I would learn). Yeah..it didn't open up and resulted in us having to back track around a pond hoping that side opened up, which it didnt which meant hopping yet another fence!

Then we got to a nice road....that turned not so nice and INSANELY curvy. Like honestly I have never in my life seen a road that turned in a curve like motion so much, but there was no cutting through since it was all houses (now run down houses).

It had been an hour (google maps said about 35 minutes) and we had no sight of the store and we were hot and hungry. So we took a water and food break (thankfully I packed snacks just in case).

On we went. We saw a road that looked like a short cut, we started going down it until a man came out of his house and yelled at us that something (didnt hear what he said) would chase after us so dont go down there.

We were so hot though and I was tired after our hour and 15 minute walk that I desperately wanted a place to sit down in air conditioning.

The bonus is that we found an awesome cool smoothie shop right beside the grocery store and got an amazing large smoothie and turkey guacamole sandwich loaded with veggies which was AMAZING (although Hannah ate most of it!) which I would not have gone in if I wasn't so hot and tired.

The other bonuses of our trip was seeing 2 random ostriches, 2 cows, 2 horses and a crazy bird that I dont know what kind it was!

Lessons that we learnt was that sometimes it doesn't work that well to try and outsmart google maps....they do know how the roads go and the most direct route so next time Ill at least listen a little more!

That said I still love exploring and it hasn't stopped me (although I am on hold while this crazy tropical storm Debbie passes by!)

If you have some time and don't know what to do go explore a little! It's fun!